I wonder what our ancestors would make of us researching and documenting their lives; sending off for scores of BM&D certificates and pouring over their census entries. Would they be amused, bemused or hopefully perhaps feel a sense of pride. One source of frustration whilst working on our family’s history, has been the fact that we did not start it a lot earlier, when more key personnel were still alive – so many questions I could now ask. The rewards however, when undertaking a project like this, are that you get to talk to and meet lots of relatives (distant and not so distant) who otherwise you would never have come into contact with. Our research started back in 2003 at the grave of Evan & Ann Moses, in St. Gwynno’s Churchyard, and it took us to places around the world about as far removed from Llanwynno as you could possibly get. An example of this was when we read of the tragic death of Kevin Wayne Brynn (a Gt.X4 Grandson of Evan & Ann) in Afghanistan in 2013.

When Glyn broadened his research, he managed to trace and make contact with some American cousins who are descendants of Evan IV Moses, one of the four family members who emigrated back in the 19th Century. We have subsequently made contact with cousins from all four emigrant branches! As a result of this, three lots of American “Moses’” have come over to visit the land of their fathers/Mae hen wlad fy nhadau, when we were able to show them around Ynysybwl/Llanwynno and have a meal with them in the Brynffynon Inn. .

It has been interesting to discover how far back our family roots in Cwm Clydach go; most of the valley’s current population would only have post-Lady Windsor roots. Our research has also revealed how close the name Moses came to being consigned to the patronymic dustbin over two hundred years ago; indeed those of us descended from Mary Moses, should have become “Williams’” in 1867. For the statisticians among you, the most common family Christian name has been unsurprisingly Evan, although it’s frequency has declined dramatically post 19th Century. As well as retrieving and piecing together a fascinating family history, hopefully this website will prove a useful source of reference for anybody in the future embarking on this particular “Taf trail”.

Finally I will leave the last word to our old friend Glanffrwd – “Farewell, you harmless old rhymers, many of whose names we do not know, or where you now lie awaiting the trumpet-call; some of you were known by name, but we cannot plant a flower on your grave, as, like the grave of Moses, they are hidden.” Well he could not have looked that hard! Iechyd da Leighton Moses.

PS On September 17th 2017 seven descendants of Evan & Ann Moses (and four spouses) gathered at St. Gwynno’s Church Llanwynno to unveil a memorial to the couple. The inscription on their headstone had sadly become un-readable due to the battering it has taken from the elements over the centuries; so the memorial, placed on the grass in front, will not only make the grave easy to find, but give legible (even in Welsh!) information about the three people buried there. This was a nice and fitting way to bring to an end our fourteen years of research; hopefully Evan will have been looking down on us and giving us a big thumbs up. 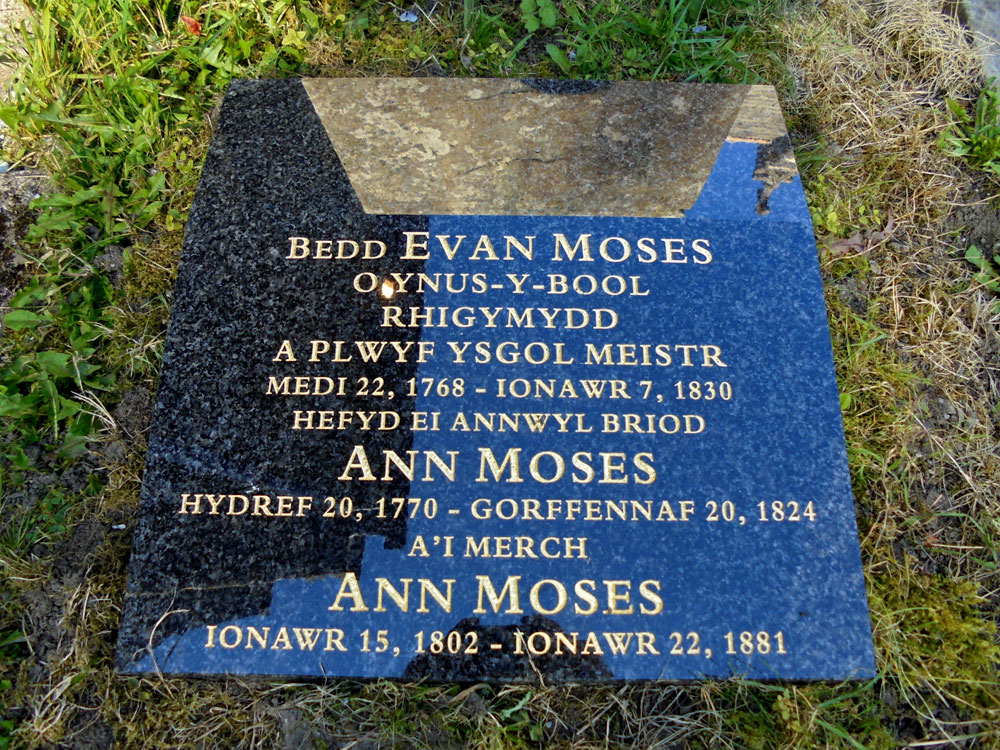 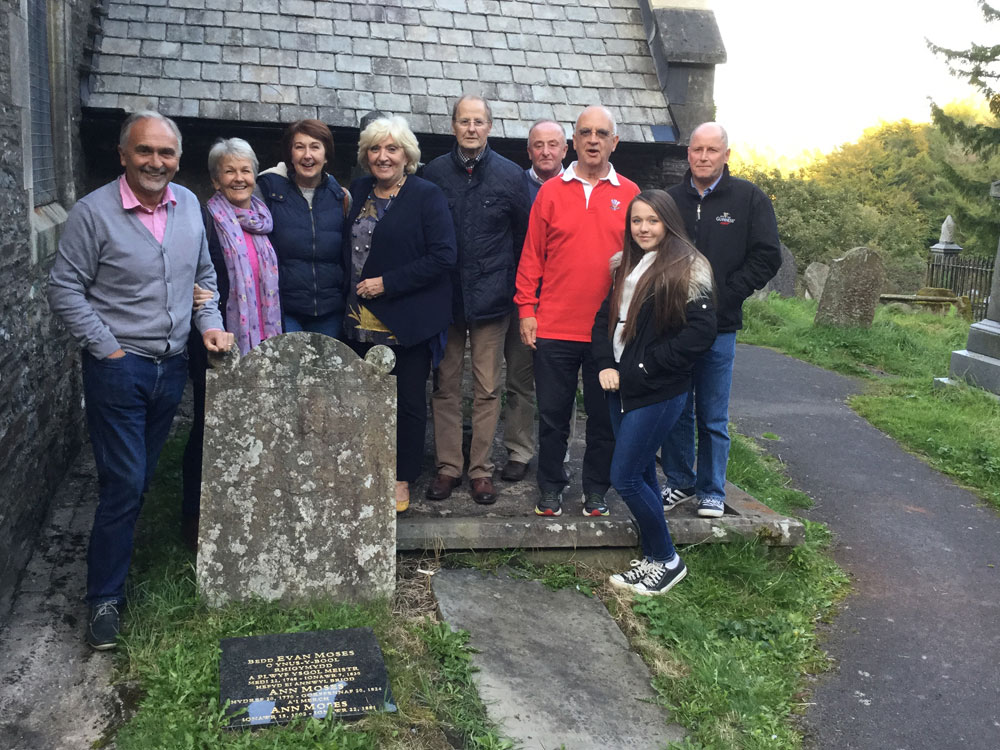