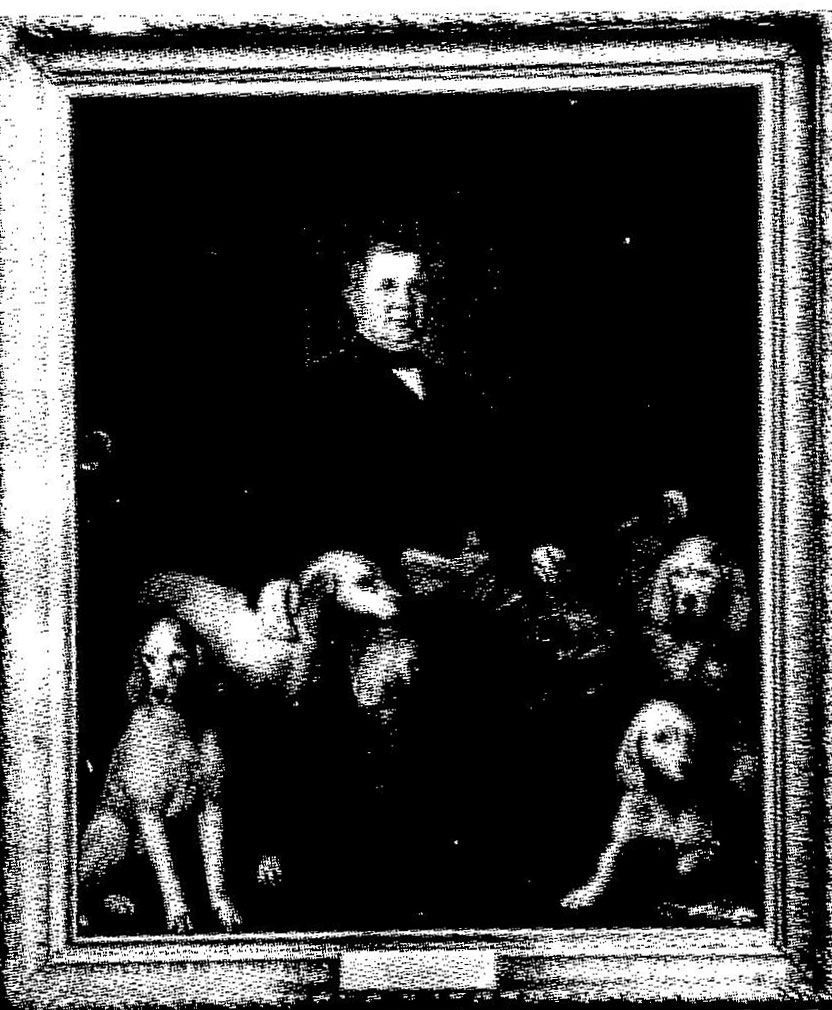 Either as a generous benefactor, or as the reluctant father of Mary Moses’ children, Squire Thomas Williams J.P. (Justice of the Peace/ Magistrate) M.F.H. (Master of fox hounds) Y (the) Glog, was, however grudgingly, connected with the Moses family from circa 1864 onwards – see Chapter on Mary Moses/Edwards for full details. The Squire was once one of the most important and popular (although perhaps not with the local wildlife) people in Glamorgan. Born on June 11th 1810 at Lan Isaf Farm in Llanwynno Parish, he assumed the Mastership of the Glog Hounds on the death of his step-father William Williams in 1874. He was a J.P. for the County of Glamorgan, and Vice Chairman of the Pontypridd Board of Guardians and, during his long life, he was closely associated with the public life of the town and surrounding area. He was described in his obituary (in the Western Mail no less) as “literally a mountain squire and was typical of the hospitable Cymric squire of the olden time. He had not troubled himself about the Anglican peculiarities of the modern Cambrian squirearchy, but surrounded by the celebrated pack of hounds and attended by his dependants, and his neighbours of the farming class, he rode afield to the haunts of the fox or the hare ‘happy as a king’“.

As mentioned in Mary Moses’ story, a likeness of Squire Thomas somehow found it’s way into the pages of our Family Bible – presumably it was placed there by either Mary or her daughter Elizabeth Ann. It was a small black and white print of a life size oil painting in a “handsome guilt frame” painted by a Mr. Marks R.A. of Cardiff. It cost 72 guineas to commission and was paid for by subscription from members of the hunt and important local residents including Lord Aberdare and Lieutenant Grover. The painting was presented to Thomas after a dinner at The Butchers Arms, Pontypridd 1n 1878 “to mark the uniform kindness which Mr. Williams had shown to everybody, his service to the parish upon the Board of Guardians” and also for “being a good sportsman, and a man who had afforded sport for a great many.” The portrait was described as like “a reflection in a mirror” and “as a strikingly correct and highly finished piece of portraiture.” “The worthy Master of the Hounds” was painted sitting in his “ordinary costume, surrounded by four of the favourite hounds in his pack.” Thomas was delighted by the portrait, “I had no idea I had so many friends” he exclaimed, only to be told “the gathering, represented only a few of the friends who in the county held him in great honour.” Thomas continued – “he had not words sufficient to thank them for it. Why they had done so he could not think, as nothing of the kind had been done before to a Welshman in the county of Glamorgan.” Yes I think he liked it. The tributes at the presentation continued, with Judge Gwilym Williams describing Thomas “whom he had known ever since he was born” and “with whom he had his first days sport” as a “good kind man, willing to help everyone who had need of help, and one of the best sportsmen it had been his lot to come across.“ 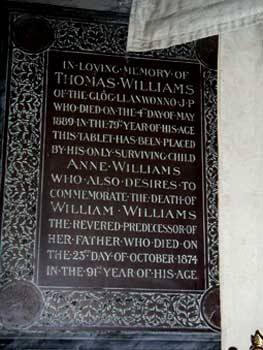 Later on, the health of the “much respected old Welsh Squire” was the subject of speculation in the Pontypridd Chronicle of 1882, where he was described as so seriously ill that “even friends from his own neighbourhood are unable to see him.” He did however survive for a further seven years, helped no doubt by being “blessed with a vigorous constitution.” Obviously his active outdoor lifestyle also helped – “a hale and hearty gentleman” and “no fine weather or modern-fashion sportsman, but rather loves to be away with his horn and hounds at the peep o day” wrote E.W. Price in “Horn and Hounds in Wales“. The Squire eventually went “to happier hunting grounds” up at Y Glog on May 4th 1889 “at 4 o’clock in the afternoon” aged 78, after a “severe illness lasting four months“. His funeral at St. Gwynno’s Llanwynno was a big affair – “There was an immense attendance” with “the melancholy cortege being about a mile in length.” He was buried with his wife and his two children who had died as infants. Ominously for the bearers, his coffin was described as “of Welsh oak and massively made, with heavy brass fittings.” Apparently even up until a few months before his death “his face bore the ruddy glow of vigorous manhood, with hardly a trace of old age.” However he appeared to have had a presentiment that “the end of his earthly pilgrimage was near, when the blast of his horn would be heard no more.” as, at his last re-appointment as Vice-Chairman of the Pontypridd Board of Guardians, he remarked “It was for the last time.” His funeral, conducted in Welsh throughout, drew a large crowd to the Church where he was a regular worshipper; the mourners were said to have sung the old Welsh hymn “Disgwyl pethau gwych I ddyfod” (expect great things to come) with “much effect.” He was later commemorated inside St. Gwynno’s by an ornate tablet on a wall, paid for “By his only surviving child Anne Williams“, as it pointedly states on it! – but was this correct?

Anne, b. Jan. 1846, was the surviving daughter from Squire Thomas’ marriage and, as the main beneficiary of her father’s will, inherited The Glog house and lands and also became the Master of the Glog Hounds. For the record she got married in middle age, seven years after her father’s death, to a Dr. William Washington David and lived to the ripe old age of 90 (d. 14/8/1936). Although not mentioned in the will, his former “housekeeper” Mary Edwards (nee Moses)’ children were apparently looked after financially – understandably discreetly if the rumours are correct! Heiress Anne and her surgeon husband had obviously left it too late to have children so, despite adopting a boy (L. Captain Willie D. Thomas), Squire Thomas’ official bloodline was soon to die out. Capt. Willie went on to marry his mother’s nurse Florence Harris in the mid 30’s; again there were no children, so when the good captain went to that great fox hunt in the sky in 1966, the Glog estate was sadly sold off.

So was Squire Thomas Williams my Gt.x2 grandfather and, does his blood line continue unofficially today through the Moses and Phillips family’s; albeit without the titles, estates or fox hounds! Maybe he was simply a kind, lonely, paternalistic widower rather than a cad with a conscience; sadly there is now no way of ever finding out the truth. Finally, local legend has it that the ghostly “clippity clop” of Thomas’ horse can sometimes be heard in the dead of night as the late Squire rides around “his” Parish!

Thomas’ widowed mother, Margaret (1783-1856), married William Williams (1784-1874) of Y Glog; she was from nearby Lan Isaf Farm and as well as Thomas, she had two other children from her first marriage. Thomas’ younger brother was surveyor John Williams (1818-5/9/1887) who worked as an engineer on the Taf Vale Railway, and once collaborated with the legendary Isambard Kingdom Brunel. Interestingly he died in London but was brought back to Llanwynno for burial. Thomas’ sister was described in his will as Mrs. Morgan of Abercwmboi.