Not surprisingly, from the mid nineteenth century until after the end of WWII, coalmining features prominently in the story of the Moses family – on both sides of the Atlantic. The following chapter gives an insight into the working conditions some family members experienced in one particular part of the South Wales coalfield. 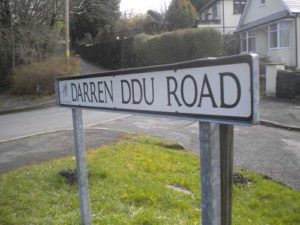 One of the most interesting aspects of researching your family history is that you get to unearth the facts behind certain assumptions you once held. When your ancestors were coalminers living in Ynysybwl, it would be reasonable to assume that they had all worked at The Lady Windsor Colliery, the very reason for “The Bwl’s” existence. But although my grandfather ended his working life as a training officer at said colliery, it seems that most of the coal mining done by my family occurred a mile to the south, at the very edge of the village. Here, at the bottom of New Road, once stood the Darren-Ddu Level which opened in 1842; so predating it’s much larger neighbour by some 42 years! Three generations of the Moses family once worked here, and my nan’s brother, John Evans ME, actually managed and owned it for a time. Twm Moses seems to have been the first family member to swap the farm for the Darren-Ddu coalface, circa 1888, but when John Evans took it over as manager in 1914, it became the mandatory place of employment for the Moses and Evans families; the sort of behaviour which gives nepotism such a bad name!
To illustrate how practical people had to be back then (pre-motorcar), at various times between 1888-1918, there were three different generations of the Moses family living in No’s 68, 70 & 72, at the bottom end of New Road; literally a five minute “commute” to their place of work. My Grandfather, Gwilym Thomas Moses, was John Evans’ brother-in-law, and he became under-manager at the Level. John Evans bought Darren Ddu in 1927 at an auction, after the previous owner, Thomas Taylor, had died in 1925. Darren-Ddu certainly had it’s ups and downs, with the number of men employed varying between 5 and 126; indeed at times the mine had laid idle. There is a famous old photograph showing men and boys desperately scavenging for lumps of coal on the tips of Darren-Ddu during the national coal strike of 1912. The Level struggled on through the poverty of the 1930’s before John Evans officially closed it around 1940. The last straw was having all his stock captured by the Germans aboard a “coaler” at Dunkirk early on during WWII. It seems likely however that the Level was mined on and off unofficially during the War. Apparently John Evans had previously tried to stave off the inevitable when, in 1936, he asked his brother (Ivor Roderick) about the possibility of re-mortgaging the Evans family home (Maes-y-Dderwen Ynysybwl).
After the demise of Darren-Ddu, Gwilym T. Moses went to work belatedly at The Lady Windsor, whilst John Evans headed over to Hopkinstown to become the Ventilation and Training Officer at The Great Western Colliery. By all accounts a popular and nice man, he eventually retired in his 70’s (mid to late 1950’s). He lived at Penrhos Cottage, Ynysybwl, Nant-y-Mynydd, Graigwen Road, Pontypridd, and finally New Road, Ynysybwl. His children were Ieuan & Muriel Evans. 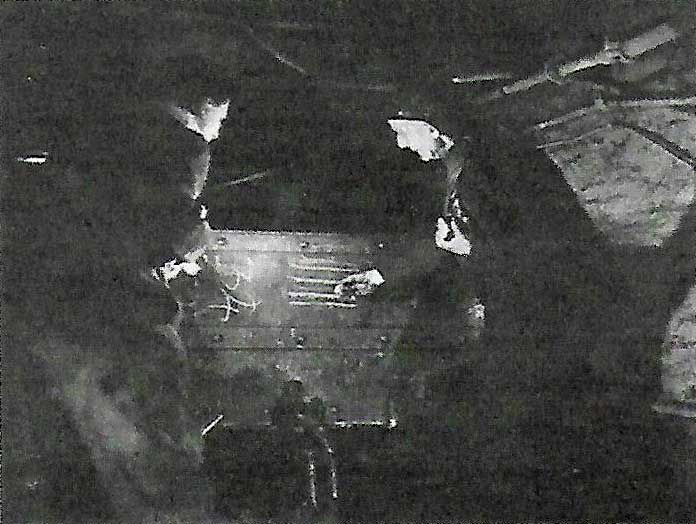 “Following forty-five years in the pit Gwelyn (sic) Moses was appointed training-officer. He is in charge of all the young lads upon who, the future of the mine depends, and whom it is becoming more than ever important to attract to the job. He is drawing a diagram of the mine’s coals seams”
From The GEOGRAPHICAL MAGAZINE of November 1951

Interesting that the writer, throughout the account, refers to the manager as Mr. Jones, whilst humble coalminer Gwilym is referred to simply by his surname. Also interesting is the use of the phrase “Egyptian darkness” when somebody with the name Moses was involved; I wonder did the writer choose it deliberately. 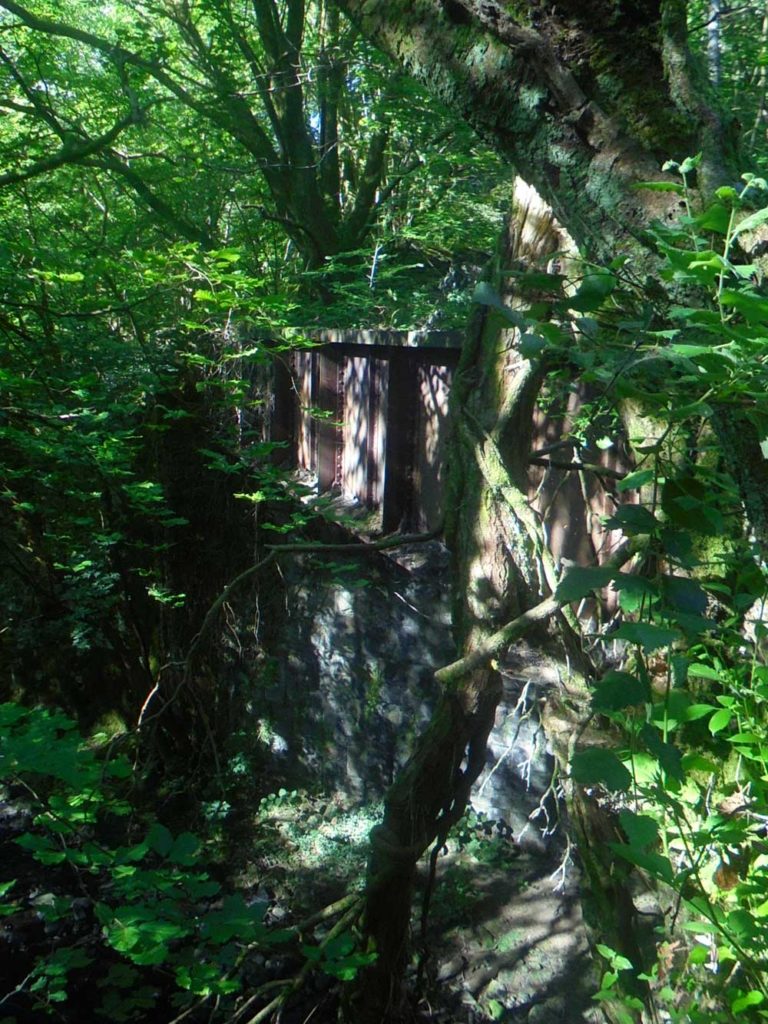 Apart from an old “works” bridge across the River Clydach, there is now nothing left at all to indicate where the Darren-Ddu Level once stood, but not surprisingly there is an impressive memorial to commemorate The Lady Windsor Colliery. Dedicated on 8th August 1993, it reads –
Ynysybwl & Coed-y-Cwm Community Council, Cllr. Maldwyn Kinsey 1993-94. “To the memory of all who worked Lady Windsor Colliery many of whom died through accident or industrial disease and to commemorate it’s closure on 26/3/1988”
“Cofiwn am bawb bu farw yn ystod y can mlynedd bu’r pwll ar agor” Surprisingly this is not the Welsh translation for the English text above; instead it reads – “We remember all who died during the hundred years the pit was open”
My Grandfather Gwilym Thomas Moses was one of those who died prematurely whilst working at this pit. 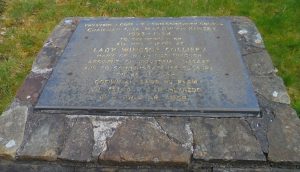 Four miles west of Ynysybwl is another memorial with connections to the Moses family. It was erected at Dinas (in 2013) on the site of the very first coal mine sunk in The Rhondda Valley’s (in 1812), and it lists all the collieries which once dominated the local landscape. My Gt. Grandfather Gwilym Moses briefly worked at one of these before returning to Ynysybwl, and his uncle’s Charles Moses, Moses Moses and (before he emigrated) Evan IV Moses would have spent their working lives down some of these pits. Indeed Charles I Moses, at the end of his life, ended up living just a stones throw from this memorial at 22 Cymer Road. 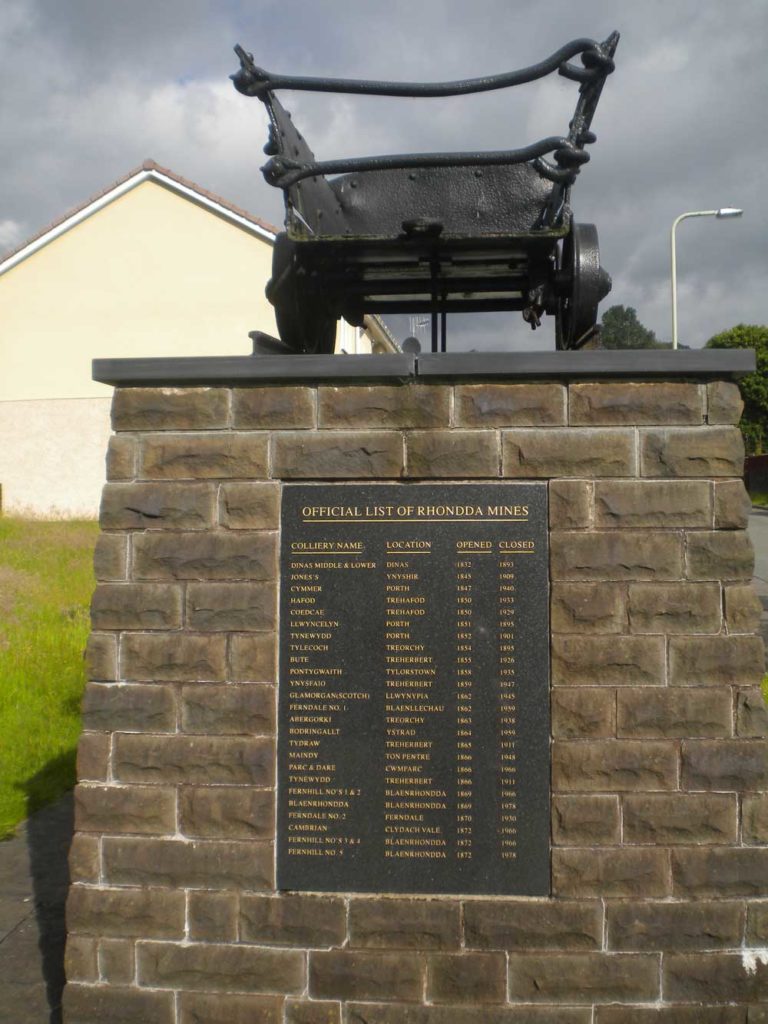